China has proven all the doomsayers wrong. It has not slid into stagnation like Japan or the Republic of Korea, as the doomsayers had predicted, because of two key factors.

First is the intense competition in the private sector, which now accounts for 90 percent of urban employment. In fact, the growth of the private sector in China has been phenomenal with some 248 Chinese companies, with a combined worth of $2.1 trillion, had listed on the US Stock Exchange by the end of May 2021. That not a single Chinese company was listed in the US when China launched reform and opening-up more than four decades ago shows the extent of the Chinese private sector's success.

Similarly, when US angel investor Aileen Lee coined the term "unicorn" in 2013, only 39 start-ups were valued at $1 billion or more, and not even one of them was from China. But today, China accounts for more than half of the over 200 unicorns in the world.

The second factor is the quest of hundreds of millions of Chinese people to improve their standard of living through hard work.

Dominant economic force in the world

China will continue to remain a dominant economic force irrespective of what the United States or other Western economies do. China is expected to become the largest economy in real GDP terms in the next 10-15 years, and it is already the largest trading partner of almost twice as many countries as the US'. So the race between China and the US to win the hearts and minds of countries, both developed and developing, is likely to be a dominant theme in the second quarter of the 21st century.

Also, China has achieved one of its two centenary goals－that of building a moderately prosperous society in all respects and eradicating absolute poverty by 2020(2021 being the 100th year of the founding of the Communist Party of China). And it is on the way to realizing the second centenary goal of building a great, modern, socialist country by 2050(2049 being the 100th anniversary of the founding of the People's Republic).

The pursuit of the second goal will guide China's future national economic and social policies, including economic reform, and international relations as well as its approach to pressing global challenges such as climate change and black swan events.

How the world sees China and how China sees the world are seldom the same. In many instances where the West sees risks, China often sees opportunities. For example, when China proposed the Belt and Road Initiative, many Western countries opposed it tooth and nail. Some still do.

Yet in 2021, US President Joe Biden proposed a somewhat similar concept: "Build Back Better", albeit its extent and implementation, unlike the Belt and Road Initiative's, are not known. Similarly, while the West wants to maintain the existing global financing and development infrastructure, China added to it by helping establish the Asian Infrastructure Investment Bank and wants reform in the Bretton Woods institutions to make them more representational and increase the say of developing countries.

Challenges need to be addressed

However, China faces several challenges in achieving the second centenary goal, including the demographic challenge, especially because the birth rate has not increased despite the easing of the family planning policy－all couples are now allowed to have three children. For example, about 12 million new births were recorded in 2020, significantly fewer than 14.65 million in 2019. At the current fertility rate of 1.3, China's population will start declining by the end of this decade. This will further reduce the working-age population, which peaked a decade ago.

China's policymakers are aware of this conundrum. And that's one of the reasons why strict new requirements have been imposed on the private tutoring sector. The objective is to reduce the cost of education, which is a big burden on parents and a key reason why many couples are reluctant to have more than one child, or even one child. Also, China has been trying to meet the shortage of labor by improving productivity through the use of automation and robots.

China has another important policy option to cope with the reducing working-age population problem. Its average retirement age is among the lowest in the world, as normally men retire at 60 and women at 55. This is surprising, especially because China's life expectancy is 77, only two years less than OECD countries where the retirement age is 64 years－and early retirement has been a drain on China's retirement fund since people have to be financially supported for a much longer period. Perhaps China should consider increasing the retirement age for all to 65, in order to make better use of human resources and reduce pension costs.

The opportunities China has created for people to improve their livelihoods can be gauged from the fact that four decades ago China didn't have a single billionaire. Today, it is 4px集運地址 to the highest number of billionaires in the world－1,058 compared with 696 in the US.

Moreover, to reduce the income gap, Chinese policymakers selected Zhejiang, one of the most prosperous provinces in the country with per capita income of 52,000 yuan ($8,042.85) in 2020, as a pilot zone for realizing the goal of common prosperity.

The aim is to increase per capita income to 75,000 yuan by 2025, in order to reduce the big gap between the rich and the poor, by clamping down on those using illegal means to amass huge amounts of wealth and encouraging the rich to contribute more to charity. The government's goal is to realize common prosperity across the country.

China's development trend, including advancement in the science and technology sectors, gained pace in the 21st century. In the early 2000s, China's share of the top 10 percent of most highly cited publications was below world average, but today it has already overtaken the European Union countries on this metric. Although China's R&D expenditure was $514.8 billion, less than the US' $612.7 billion in 2019, it was significantly higher than the EU states' $390.5 billion.

President Xi Jinping said that "science has no borders, but scientists have motherlands" while encouraging Chinese scientists to "merge their own scientific pursuits into the magnificent undertaking of building a modern socialist industry".

Indeed, China has become a scientific and technological powerhouse, and in some important fields such as robotics, artificial intelligence, quantum technology and financial technology, it may have surpassed the West. As such, some Western countries are viewing China as a potential threat and a formidable economic competitor. Some Western countries have even banned the exports of critical core technologies and high-tech equipment to China to slow, even reverse, its economic and technological progress.

When and to what extent China can leapfrog the West in terms of technology is uncertain. But if it succeeds in doing so, the current Western embargo may become a blessing in disguise, as it would contribute to China's self-sufficiency in critical fields. If it takes too long, or if the breakthroughs are not advanced enough, this could significantly affect its future economic development plans.

Climate change is another factor that could have a major impact on China's future. China is a global leader in renewable energy and the largest producer and exporter of solar photovoltaic panels and wind power plants. It also leads the world in terms of electric vehicles. But it has to spend trillions of dollars to restructure industrial, transportation and other systems in order to realize peak carbon emissions before 2030 and become carbon neutral before 2060, as it has pledged.

Chinese leaders have been cautiously pragmatic about trying new and radical policies nationwide, by first carrying out pilot exercises to see how a new policy or plan works and fix the loopholes, if any, before implementing it nationwide. This trial-and-error approach has helped China in the past and is expected to help it navigate uncharted territories to meet the climate goals.

Judging by the way China has handled pressing and complex problems over the past decades, one can be cautiously optimistic that by the middle of the century it will become a "strong, democratic, civilized, harmonious and modern socialist country". If it does so, and there is good reason why it should, its economy will be three times that of the US in terms of purchasing power parity. 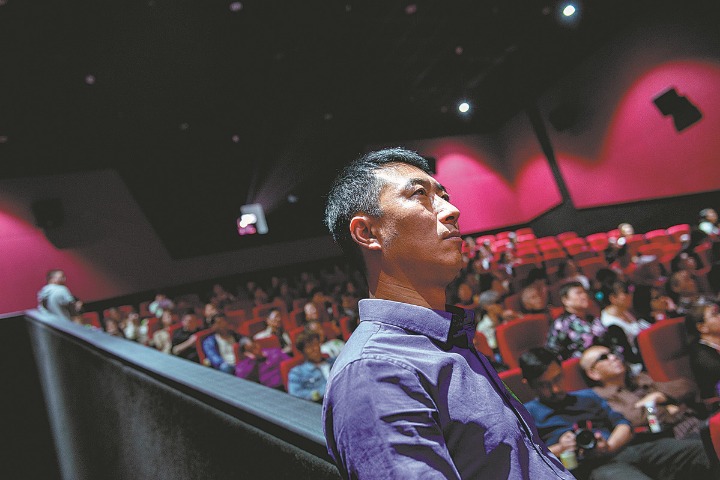 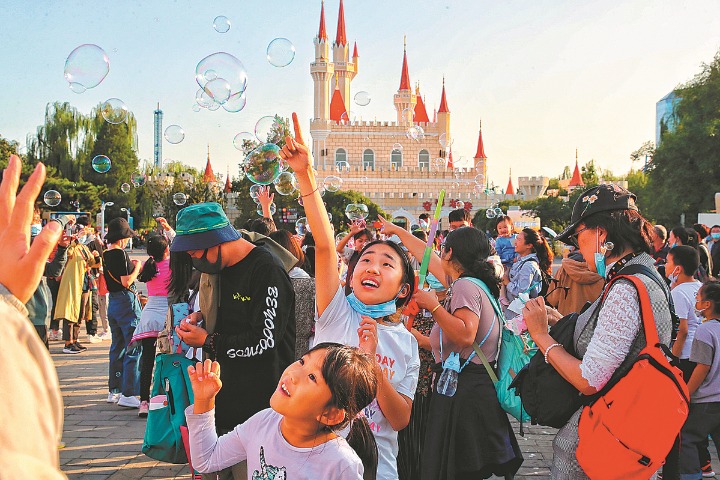 Meeting sets stage for more contact between China, US
Most Viewed in 24 Hours
Forum trends

Return of the Taliban: What's next for Afghanistan?
Columnists +

US should start mending ways by stopping trade and tech wars

Antitrust actions have a long timeline